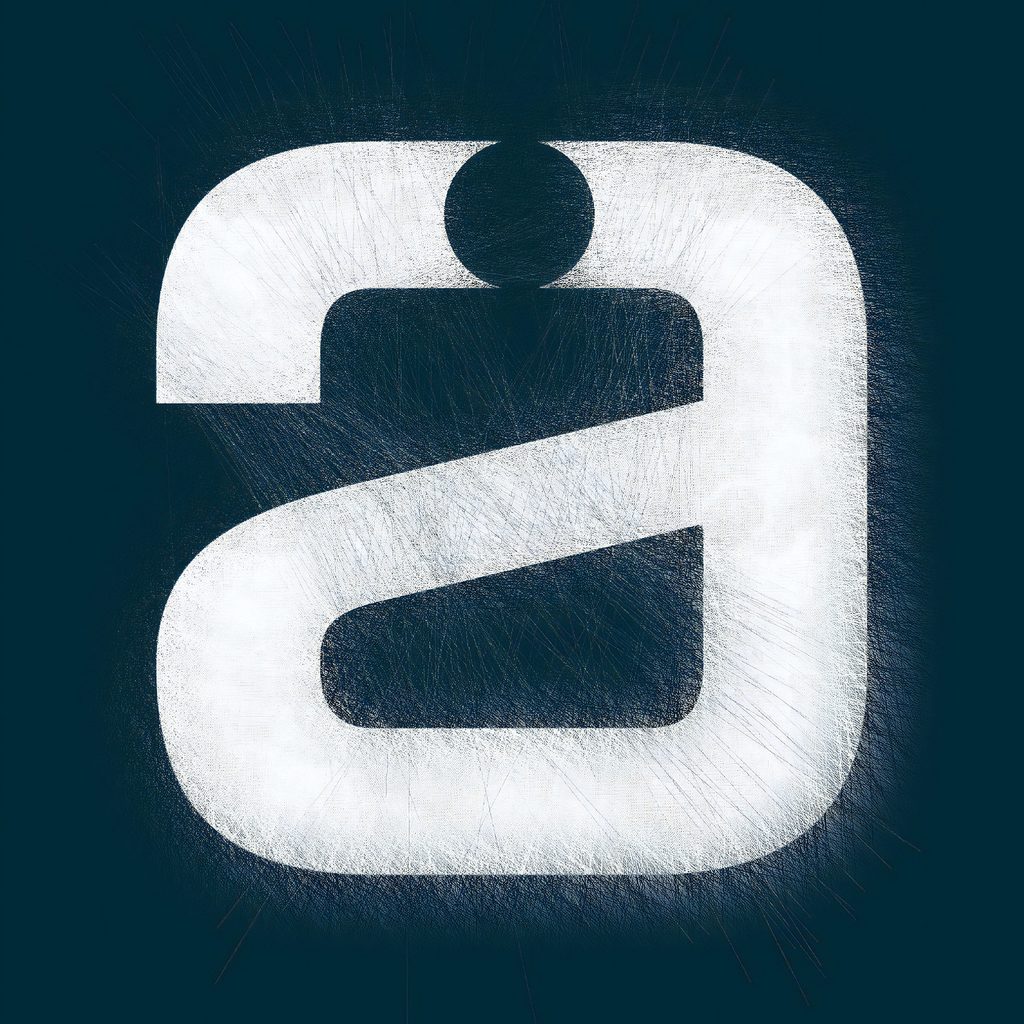 The logo for 2045 AI shows a figure 'i' enwrapped by the letter 'a'. The letter 'i' could symbolise a human, or it could equally represent artificial consciousness. What is certain is that the letters 'a' and 'i' are interwoven as so many humans' sense of self is already intertwined with their habitual and dependant use of technology.

The graphic design of the logo follows below, the only difference between this and the artwork above is its clearer form, clean edges, and subtly greener tone. With its textures, the artwork is more organic, whereas the design is more precise. The logo in both its forms encourages me to think about identity. Both are similar, and yet their characters are very different.

I think of the letter 'i' and what 'I' means to me, and what it could mean to others, including an entity that will emerge: artificial consciousness. The 'a' enfolds the 'i' as if showing and sharing a journey, a road of white defined by its negative space. The round head of the figure "i" reminds me of a full stop that interrupts the flow of the path of the "a", as well as fulfilling its function in the flow of language that helps give meaning.